Europe´s biggest tournament embrace what wrestling is all about.

In Mars this year Zakarias Tallroth from the Swedish Wrestling Federation visited Europe´s biggest youth tournament; Tallinn Open for the first time. Read the story why the tournament brings out the best of the sport of Wrestling.

Wrestling is often mentioned as one of the toughest sports in the world. Of course a wrestler needs a lot of physical powers but what many people don´t know, is the tough mental game that is required in the sport of wrestling.

To step on the mat all by yourself, without any gears, equipment and help for anyone else is harder than you could imagine. But at the same time. this is the beauty of wrestling.

On the mat, you don’t bring your background with you. If your from Norway or Kyrgyzstan doesn’t really matter. The mat has no borders. Here your ethnicity, religon or skin color plays not part. The words you normally speaks has no mening. Here we speak the language of wrestling.

Europe's biggest tournament: Tallinn Open is absolutely a brilliant example of when wrestling is an incredible human and modern sport of how the world can come together.

It´s Friday even and I'm about to step in to the stadium Saku Suurhall in the capital city of Estonia, Tallinn. I enter a gigantic competition arena with 14 mats tightly laid out with small narrow corridors between each mat. The clock is around 14 a clock in the afternoon and the atmosphere in arena is calm och silent. But already I've get the feeling that it will for sure change in a bout 18 hours. The next morning I enter the arena again, but something has now happened. The large  stand has been filled with lots of people and the narrow corridors between the mats are gone.

Technically, they are still there, but they have been transformed into a ringside seat for fans, supporter and friends of the wrestlers on the mat. The lowest stand in this gigant arena, witch takes about 3,000 people looks almost full. As a first-time visitor to the competition, I feel almost lost in what happens.

Wrestlers and leaders are seen wherever I look. The first thought is that it should be completely impossible to keep track of the draw, the match numbers and what mat everyone should wrestle at. Even if I don’t have any wrestler to keep track of an inner stress begins to rise inside of me. As I moves into the hall I see new nation popin up everywhere. From Armenia to South Africa. And of course: swedes. More swedes then I could imagine. It turns out that more than 20 Swedish clubs are here, plus three Swedish national teams. But everyone I meet are (to my surprise) relatively calm. Still I don't understand how? Why? But? How can everyone be calm? After running in to the coaches from the Swedish club Varbergs Bois, Jacob Brink and Annelie Ståhl, I get a simple review of system of Tallinn Open. All matches will pop up on a giant jumbotron in the ceiling. The lists are also online so you can easily see when your wrestler will wrestle. One match before a wrestler will enter the mat they will be assigned which mat to wrestle on. which is clearly visible on the jumbotron. My inner stress is slowly disappearing. I slowly moves down to the competition area.

The arena floor is full of people, Wrestlers, coaches, parents, teammates, grandparents, you name it. But what strikes me is that the atmosphere is filled with positive sheering and support. Of course there is allot of feelings on and off the mats but in general the surrounding is very nice to be in.

I walk around in the lanes between the matches and just embrace all the fantastic youth wresting that’s happening around me. One moment I look at when a Ukrainian boy wrestles a Finnish boy in the 20 kilo weight class. The next moment I see two 130 kilos wrestlers going head to head in the junior class. It´s like zapping around on a TV with 14 channels where there is something for everyone.

After a while I come up to the podium where the competition management has it´s base. The Head of Tallinn Open; Vello Leitham shows me an large machinery of computers and people that makes the competition running. The Tallinn Open has this year 2246 wrestlers. Which really is an incredible number. That makes it over 4000 matches under the same roof, and it all goes down in two days. How to explain it; an logistic art number from the organizers.

After watching the competition for two days, it strikes me that the time really rolls on fast.

Even though its Europe's biggest tournament, Tallinn Open has an intimate feeling when a whole team sits close to the mat edge and cheer for their team mates. At the same time, the arena it self gives the wrestlers an experience that is just majestic. Imagine a young kid stepping up on a mat in a stadium that holds 10,000 people. You shake hand's with a wrestler from a nation you hardly heard of. That feeling is like attending a mini version of the olympics.

To win Tallinn Open you really have to go throught the whole world of wrestlers. That how big the tournament is. But winning or losing, Tallinn Open is bigger than that. Just like the father of the modern olympics Pierre de Coubertin once said "The most important thing is not to win but to take part”. 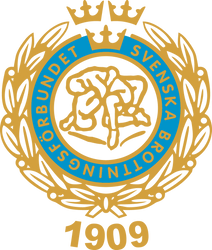 Subscribe to all the latest releases from Svenska Brottningsförbundet by registering your e-mail address below. You can unsubscribe at any time.