EU producers do not benefit from EU anti-dumping measures. There are no signs of regained market shares or that EU firms are able to raise prices on targeted goods. This is shown by a new analysis from the National Board of Trade, Sweden.

When the EU imposes anti-dumping measures in form of raised duties on price-dumped products, the idea is to shield EU producers from unfair competition. However, EU companies do not regain market shares as an effect of the measures. This is shown in a recent report by the National Board of Trade.

To get monetary values on gains and losses of imposed measures, this report is now followed up by an analysis of how companies, consumers and the EU are economically affected by these protective measures.

– On the positive side for the EU consumers, while consumer prices from targeted suppliers increase, the measures do not in general lead to increased prices from the EU’s own producers or other, non-targeted suppliers located outside the EU. This despite that producers may take the opportunity to raise their prices when competition is reduced, says Patrik Tingvall, Chief Economic Adviser at the National Board of Trade, Sweden.

However, a key problem with the imposed measures is that there are no signs of shielded firms benefitting from protection. Instead, non-targeted companies from countries outside the EU seem to be the ones that are the most successful in strengthening their position in the EU market when an anti-dumping measure is implemented. 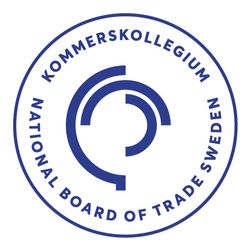 The National Board of Trade is a Swedish government agency for international trade, the EU internal market and trade policy.