CIVIS Media Prize 2021 – The 23 nominees of what is Europe's most important media prize when it comes to integration and cultural diversity have been selected: Candidates for the CIVIS Media Prize include entries from ARTE, Bayerischer Rundfunk, Filmakademie Baden-Württemberg, FYEO, HBO, Mitteldeutscher Rundfunk, Norddeutscher Rundfunk, Österreichischer Rundfunk, ProSieben, Radio Bremen, Saarländischer Rundfunk, Schweizer Radio und Fernsehen, Südwestrundfunk, Westdeutscher Rundfunk and ZDF. The productions deal with highly topical issues such as flight, racism, right-wing extremism and antisemitism in many different ways; however, they also cover strategies against hate and violence as well as strategies for the peaceful coexistence of people with diverse geographical and cultural origins. Nearly 800 productions from television, radio and the Internet were submitted for the CIVIS Competition 2021. They came from 20 EU states and Switzerland.

The complete list of nominees can be found at https://www.civismedia.eu/en/media-prize/media-prize-2021/nominations as well as in the press area of the CIVIS Media Foundation.

In light of the coronavirus pandemic, this year's award ceremony will once again not take place as the usual gala at the German Federal Foreign Office in Berlin, but as part of a television broadcast. The CIVIS Media Prize 2021 is scheduled to be recorded at the WDR studios in Cologne on Friday, May 21st, 2021, and will be transmitted directly via livestream. The CIVIS award ceremony will then be available for viewing in the ARD media library as early as May 23rd, 2021. ARD/Das Erste will broadcast it on Monday, May 24th, 2021, at 11:35 pm. The show will be hosted be Jaafar Abdul Karim.

The CIVIS Media Prize for Integration and Cultural Diversity in Europe is sub-divided into the AUDIO AWARD, VIDEO AWARD, CINEMA AWARD and YOUNG C. AWARD. The TOP AWARD, which comes with prize money of 15,000 EUR, will also be selected from among all the winners. Social media formats are a new addition to the video section as a separate category.

Podcasts in German language are a new addition to the audio section as a separate category. The public will vote between April 21st and 25th to decide which of the five nominated podcasts will be chosen as the winner - by means of online voting at: https://www.podcastpreis.civismedia.eu.

It's worth taking part! 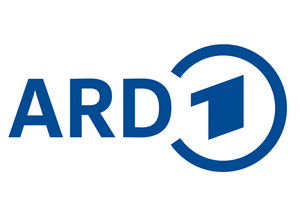 03.06.2022 – Cologne (ots) The winners of the European CIVIS Media Prize for Integration and Cultural Diversity 2022 have been announced: The main prize of 15,000 euros, the CIVIS TOP AWARD, goes to the documentary film Schwarze Adler (Black Eagles) (Amazon Prime Video | BROADVIEW | ZDF), by author and director Torsten Körner. The film tells the story of social prejudice and hostility against black footballers. It is also the winner of the CIVIS VIDEO AWARD in the information category. The jury of the CIVIS Media Prize praised Torsten Körner´s documentary as “emotionally moving, journalistically and artistically to the point - the plight of these eagles in the German national jersey gets under your skin." The VIDEO AWARD in the entertainment category goes to Paul Mommertz und Magnus Vattrodt, authors of The Wannsee Conference (ZDF | Constantin Television). Fitore Muzaqi, Henrik Schütz and Stefanie Vollmann come top in the VIDEO AWARD/Social Media Formats category with My scar: Martin w

The competition for the European CIVIS Media Prize is now open. European programmes on addressing migration, integration, cultural diversity and – linked to this – social cohesion can be submitted up to and including 19 January 2022. The CIVIS Media Prize honours outstanding TV, radio and online productions that promote peaceful coexistence between people from different geographic and cultural backgrounds. The CIVIS Awards are presented in four fields and in various categories: VIDEO AWARD: Non-fiction programmes, fiction programmes and social media formats (moving images) AUDIO AWARD: Short programmes of up to six minutes, long programmes over six minutes and podcasts YOUNG C. AWARD (films, age restriction applies) CINEMA AWARD (audience award) The CIVIS TOP AWARD is an additional prize honouring the best production of the year in the AUDIO, VIDEO and YOUNG C. categories. No direct candidatures can be entered for the CIVIS TOP AWARD. The total prize money is € 27,000. Click here to re

The competition for the European CIVIS Media Prize is now open. European programmes on the topics of migration, integration and cultural diversity can be submitted up to and including 21 January 2021. The CIVIS Media Prize honours outstanding TV, radio and online productions that promote peaceful coexistence between people from different geographic and cultural backgrounds.