UNOPS, the UN Office for Project Services have decided to open a global innovation centre in Sweden and Lund in collaboration with Ideon Science Park. The venture is funded by Vinnova. The new centre is the second science and innovation centre launched by UNOPS this year, following the launch of a similar initiative in Antigua and Barbuda. This is a part of their strategy to reach the global development goals within Agenda 2030.

“The 2030 Agenda aims to create a world that is sustainable, environmentally secure, economically prosperous and inclusive. To achieve the Global Goals we must work together – building new partnerships to innovate and deliver better value for money. The ideas of today are not enough,” said Grete Faremo, UNOPS Executive Director.

“This new centre shows our commitment to innovation, and to help nurture better solutions for people in need across the world,” said Ms. Faremo.

Ideon and UNOPS have been working over the past year to set up this collaboration and on November 27th 2018, an agreement was signed between UNOPS and Vinnova, where Vinnova will provide funding until 2022. There is a previous signed agreement between UNOPS and Ideon Science Park about the support of the establishment of the innovation centre.

“Vinnova welcomes this initiative. The mission of the centre is well aligned with Vinnova’s commitment to supporting the Sustainable Development Goals,” said Darja Isaksson, Director General of Vinnova.

This means that Swedish startups and innovation companies that are medium sized or already global will have access to a global innovation ecosystem for developing world-class innovations and at the same time connections to the UN purchasing channels.

Ideas that can change the world

UNOPS chose to establish an innovation centre at Ideon Science Park based on the park’s long tradition of developing cutting-edge innovations in Lund. Ideas that truly can and has changed the world. Ideon is also a prime example of private-public partnerships, which is how UNOPS operates and they mean is the best way to truly bring about changes in the society.

“We are incredibly proud of this mission," says Mia Rolf, CEO of Ideon Science Park.

"It is a strong message that the UN has chosen our science park and Lund. Innovations from this region have already improved the world and this will give us further global leverage, knowledge and networks to help our innovation companies, both within the park and nationally, to continue improving the world. I look forward to national and international collaborations through this ecosystem ", continues Mia Rolf.

As a part of this process, Ideon Innovation, the incubator at Ideon, have decided to only accept companies who are working towards the global goals.

“For a long time, we have been alarmed by reports about climate change and how the inertia in our current systems makes it difficult to adapt to new conditions. Therefore, it is enormously gratifying that in this venture, there is a broad support for the importance of promptly changing the setup of innovation eco systems towards generating new solutions linked to the global goals," says Anna Branten, CEO Ideon Innovation.

How the innovation centre works

Located at Ideon Science Park in Lund, the centre’s focus area will be on cutting-edge and disruptive technology based on engineering, mathematics, medicine, physics and science, which can have a positive impact on the lives of individuals and society.

Phase one in the establishment, which is managed by Ideon Science Park in collaboration with UNOPS, is funded by Vinnova and will include the development of a prototype for how the global innovation centre will work for the greater good of the UN and Sweden. This will be managed by local entrepreneur Jonas Michanek on assignment by Ideon Science Park.

United Nations Office for Project Services (UNOPS) is the UN project office. UNOPS are focused on implementation, committed to UN values and private sector efficiency, and are the only part of the UN not receiving core funding from tax payers.

In total, UNOPS delivered around $1.8 billion in peace and security, humanitarian and development projects in 2017. In 2017, more than 11,000 people were working under UNOPS contracts. 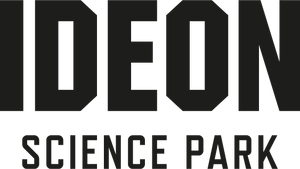 Ideon Science Park is one of the most exciting places in Europe, where the smartest minds in the world meet to develop the future. Ideon was build over 35 years ago right next to the University of Lund in order to connect science and research with innovators and entrepreneurs. Ideon was the first Science Park of its kind in Sweden and northern Europe and is home to 400 companies and over 9.000 sharp minds.

Ideon Science Park has a diverse set of competencies within connectivity, ICT, Life science, cleantech, medtech, smart materials and food innovation. We have grouped these competences in four focus areas; Smart cities, Future transportation, Healthtech and Smart materials, but we always strive to find new solutions and innovations together across the areas, in open innovation style.

Subscribe to all the latest releases from Ideon Science Park by registering your e-mail address below. You can unsubscribe at any time.

“The FDA clearance is a validation of our approach in using AI technology to solve clinically relevant problems in disease management of patients with prostate cancer” said Aseem Anand, Vice President and Site Manager of EXINI Diagnostic AB, Sweden.